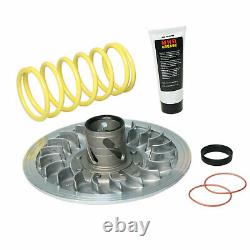 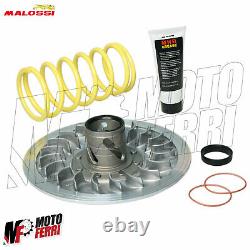 This component, called torque corrector because of its specific function of determining the precise moment of speed change, has been calculated to give the vehicle the maximum possible acceleration, relative to the specific power, of each engine. The particular shape of the spiral has been refined to maintain the number of engine turns fixed at the maximum power point. The new Malossi mobile driven half-wheel guarantees exceptional accelerations and a very gradual and fluid transmission from torque to wheel on motor vehicles.

The seller is motoferrionlinestore and is located in this country: it. This item can be shipped to the following country: france.